Looking now outside my window at the coming

Remembering those many years of

in the cold, going out in the gray

layering the clothes and the resolutions:

Get this house built for these good people and then

and another one, day after day, week after week, month after month,

to have a good attitude, like right now. I don’t know

I ever did it.

It couldn’t have been me that

Must have been someone else who

than me because I am not

Surely it was someone who knows more than I 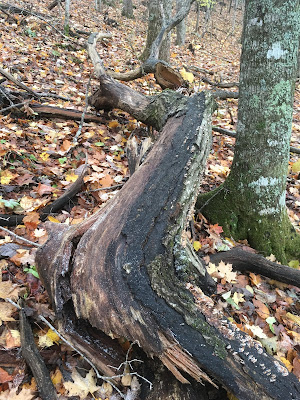 fits together into some kind of sense. And now I

that I can not do it again, cannot

through another winter, even though it is easier

At this moment it doesn’t seem easier because . . .  well I don’t know

But I do know this. I do

that someone else  will have to

do it now, because looking out there just  now with the snow flurries I can’t see

I could have done it, or how I can ever do it

Someone else will have to

King of Soul
Posted by careyrowland at 3:00 PM No comments:

Who Taught the Oceans?

Who taught the sun where to stand in the morning?

Who taught the ocean: You can only go this far?

In the modern world we know just how ridiculous it is to suppose that any one person could teach the sun anything, or that any person could establish the boundaries of the oceans.

So I hope you can accept that the words above, translated from the biblical “Job” represent a figurative, or allegorical, statement about creation.

In our modern, post-Copernican, post Galileo way of viewing the world, we understand that our evolving knowledge requires a different approach to answering such large queries.

Who has successfully explained to us where the sun stands in its solar system?

Who changed the ocean in a way that would cause sea levels to rise?

Having posed these ancient questions in a modern context, we could, in our vastly expanding database of knowledge perhaps answer them this way:

History shows that Copernicus and Galileo  figured out the centered position of the sun, and  concluded furthermore that the planets, including our earth, revolve around it.

And, as for the question of where and by what means the oceans terminate  their relentless wave action on our shores, I notice this: the question is currently up for debate.

Could it be that we ourselves are rearranging, by our consumptive habits, the boundaries of the oceans?

There are many studies now being done to determime  where the oceans’ coastlines are now shifting as a consequence of our Homo sapiens-generated emissions. Data-collecting scientists are finding that our Carbon emissions have a deeper impact on nature’s processes than any other elements.

This makes sense; it fits into a larger pattern.  Carbon, number 6 on the Periodic Table Table of Elements, is  the most essential and ubiquitous building block of life itself.

What’s a human to do? Those danged Carbon atoms that float around like phantoms wherever they damn well please, like they own the place—you can’t live with ‘em, and can’t live without ‘em!

One ostensibly scientific scenario in particular—that one generally referred to as “climate change”— is moving, or appears to be evolving, toward a “scientific” consensus of some kind about the accuracy of our grim projections about what will happen to us in the future.

In the wake of a consensual international agreement to address this problem, we may work together to contrive a world-governmental  plan to minimize carbon (and other) emissions. We would begin thereby to arrest the human-generated heating up of our atmosphere,  and possibly prevent our polar ice from melting, and oppose the destabilization of our rising sea levels.

We do not want to see more flooding of coastal  cities. Otherwise,  in the wake of our global consequences . . . there could be trouble ahead. 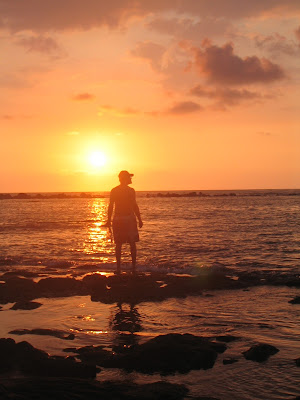 Now when potentially cataclysmic trouble arises in human civilization, there are generally, among the inhabitants of earth,  three different ways of addressing such a huge conundrum.

One way is the way of positivism, which says: We can fix this damn thing if we’ll put our minds to it!

Another way is the way of fatalism, which says: This place is going to hell in a handbasket. We’ll never get around this!

The third way is simple to deny that there is a problem.

Now this writer’s perspective is located somewhere between these three viewpoint poles (or polls).

I have, since my youth, thought we should find ways to quit polluting our earth. Furthermore, I am not yet convinced that carbon emissions is the biggest challenge. There are other substances which are far more destructive and poisonous. I would like to think we can fix this thing, but on the other hand, human behavior, with its boundless abuses and thoughtless excesses, is so absolutely an irreversibly huge force of constructive destruction momentum.

We might have a snowball’s chance in hell, or

We might get it together as a species and solve the problem. Good luck with that!

My problem with the positive approach is this: a true fix (reducing carbon emissions from a 2% rate of increase to a 0% rate of increase) would require an oppressively extreme rearrangement of our institutions and our collectively escalating consumption habits. For the sake of the holy grail of saving the planet, a control-freaking totalitarian government would surely overtake our best intentions and thus turn the required regulations into a tyranny of police-state restrictions. By this means we would sacrifice our freedom upon the altar of saving the planet.

Malicious manipulations of human ideology have already spoiled our postmodern aspirations at least once or twice in history. Stalinism and Maoism overtook Marxist Socialism and turned it into a systematic monster of human oppression.

With such dystopian historica precedent as  evidence, my hope of  establishing a human/governmental solution to neutralize our climate change problem tops off at next to nothing.

Furthermore, the revelation of the “faith” camp into which I was born, and then born again, acknowledges that we are all sinners on this bus (planet).

We need, both individually and collectively, someone to save us from our own destructive tendencies. But who might that person or entity be? I say it is the one who conquered death itself by rising from the tomb.

Consequently, my leaning toward the fatalistic position on climate change convinces me to turn to divine faith to solve my own problem of what to do with the life that was given to me. My conclusion is: Rationalism and its positivistic proposals will never save us from ourselves and our consequently rising oceans.

So count me in the irrational camp, more appropriately referred to as the faith camp, although I will, every day, in every way possible, assist in our our recycling and solarizing efforts in any way I effectively can.

Now I conclude this little trail of assessment and analytical adventure with a video of Sister Nicole’s rendition of our condition.

Glass half-Full
Posted by careyrowland at 6:27 AM No comments: