In 1937, the following scene probably happened somewhere near where we live in the Blue Ridge, North Carolina:


“What does it say?”
Jake handed the letter to his father. “There’s a lot of gobble-dy-gook there, Pa, but it says the land stopped bein’ ours when they posted it down at the courthouse.”
“Posted what?”
“The map of all the land they need to take.”
Jeremiah turned around slightly. Casting an eye on his nearby rocker, he carefully took aim and seated himself. Looking up again at his boy, “Well they ain’t paid us for it yit.”
“That needs to be decided yet, Pa.” Jake shook his head slowly. “It’s lookin’ like this is gonna drag on fer awhile.”
“We told that inspector fella we’d take forty.”
“It ain’t that simple, Pa. Them lawyers down in Raleigh gonna pay us whatever they say it’s worth.”
“Damn, son! What is this? Damn communists!”
Jake set the letter down on the side-cabinet. He had managed to glance through it and get the gist. “Shit, pa, it ain’t that bad. They’re just tryin’ to build that road real nice and scenic so’s people’ll come drivin’ up here and spend their money.”
“Well I guess that’s all well ‘n good, son. But I ain’t been down to the courthouse to see what they posted. Don’t seem right that we ain’t got payment, and we don’t even know how much we’re gonna git!”
“It’ll all work out, Pa. At least they’re only takin’ one side of our land. Watsons and Purlears got their places split up. And from what I’ve heard from Miller up in Ashe, them that got their land split up won’t be able to even drive from one side t’other. So be thankful for what you got. Ain’t  that what the Book says?” Jake looked his father in the eye. “Be thankful we’ll still be able to drive the tractor from one side all the way across the field to the other side.”
“Yeah, what’s left of it,” Jeremiah mumbled as he commenced to rocking. He looked out the window, through the porch at the front yard. “Hell, I don’t know what this world’s coming to.
Jake was reading another letter, silently. His attention riveted there, he said nothing, just nodded his head, looking down at the script on a letter from his aunt Polly in Foscoe.
“New Deal, I guess,” his father continued while Jake folded Polly’s letter and picked up another piece of mail.
“Yeah, Pa, I reckon it’s the New Deal. Did Sally say what time they’d be back?
“’bout four, I think she said.”
Pa had been pondering. “Son, did you know they posted that map at the courthouse?
Jake sighed. “Yeah, Pa, I knew about it. I went and looked at it on Friday when I was in town. Roby Watson told me about it while I was in Goodnight’s pickin’ up feed.”
“I guess you didn’t wanna tell me, huh?”
“Nah, pa, I just forgot about it.” Jake sat down in his easy chair. Now he was reading something else.
“You forgot about it.”
“Yeah, Pa.” Jake nodded his head slowly, preoccupied with his bank statement.
Jeremiah was rocking steadily now, as if he were relaxed and maybe resigning himself to whatever it was that was about to happen that would change the shape of the 67 acres he had inherited from his father back in 1910. “Seems a little strange to me, boy, you could forget about something as important as losing a quarter of our land.” No judgement in his voice. Just sayin’. Pa had calmed down from his earlier rant.
“I mean,” Jake looked up at his father again, smiling slightly. “I mean, I didn’t forget about it; I just forgot to tell you about it.”
“Uh huh.”
Jake’s expression morphed slowly  from concentration in his letter-reading, to a mild amusement. “Shootfire, Pa, there’s somethin’ else I forgot to tell you.
“Oh yeah?” His father allowed a mild chuckle. Mr. Roosevelt gonna bring us a hog or two as a consolation prize?
“Actually, it is kinda like that . . . maybe a peace offering. Uncle Skip told Roby he’d give me a job running one of them road graders.”
“On the new road?” Jeremiah’s voice acquired an even more amused tone.
“Yep.”
Jake’s father laughed. “Well, ain’t that a cat’s whisker! I seen it all now. The Parkway giveth and the Parkway taketh away,” he declared, playing upon some ancient proverb. Now he set the rocker into a steady pace. “And when’s that gonna start?”
“Coupla weeks, or something like that,” Jake replied. “They gotta finish that little bit of blasting over there near the highway. Then, Skip says, they’ll pretty much be ready to grade from Deep Gap all the way to Aho.”
“Well, I guess that’s good news for Uncle Sam, but it’ll blast the hell out of our peace and quiet around here with all that machinery and whatnot takin’ over this country.”
“Not takin’ over, Pa, just makin’ it easy for folks to come up here and spend money, after they lay the asphalt to it.”
“I reckon it will be easier for them rich folks down the mountain to come up here and ride around in their Cadillacs, like over in Blowin’ Rock.” 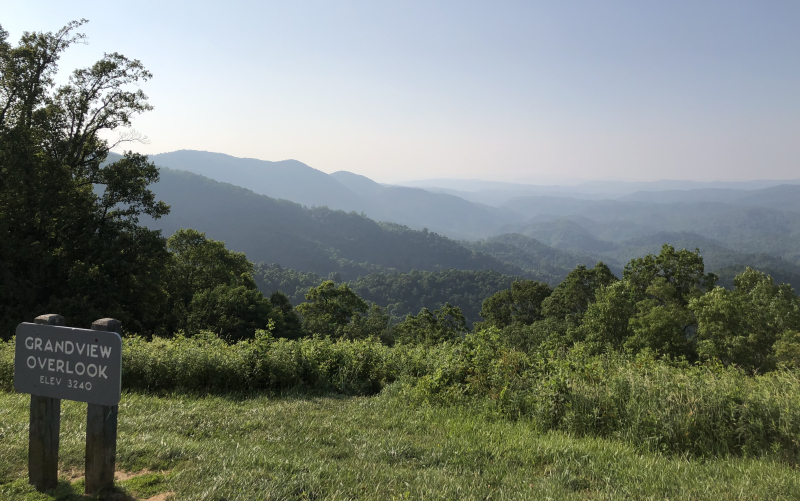 Yep. Coulda happened. . . maybe, maybe not. Long time ago . . . but we haven't  yet totally obliterated our consciousness of the past with our contemporary obsession in social media and and political side-show antics. Not yet.

Blue
Posted by careyrowland at 10:41 AM No comments:

The Traveler’s main burden is a restless soul. He has carried it dutifully for a long time.
Traveler’s roots were deep, but not necessarily set into a specific place on this earth. Having  traversed many a mile of land and sea, this sojourner had been driven westward, in search of some destination that could not yet be clearly identified. So it might be said his roots stretched deep into life itself, rather than a place.
At least for now.
From a continental origin he had sailed o’er channel, into stillness and storm, outside of the norm, through  unknown , and out the other side of somewhere . . .  arriving for a season upon an ancient isle. But finding very little solace there, traveler had redirected  weary legs to ascend yet another gangplank, so that he might be transported to that great land he had heard tales of, beyond the blue.
The seaport where he disembarked was, as it happened, a frontier for foreigners not unlike himself. They had uncovered motivations to—for whatever reason—not remain where they had begun. And so, having hung their hopes upon such vague restlessness, they undertook yet another phase of the great journey to somewhere yet to be determined.
By 'n by, the traveler eventually found himself ascending a long piedmont hill, and so it seemed when he had reached the top of it, the extended journey was now delivering him to a wide westward-looking vista.
Pausing to catch breath, Travis trained his eyes on a string of  faraway ridges. Obviously high, yet . . . it seemed . . . gently-sloping. . . forested they were, and having no cragginess that he could see from here. That string of mountains  stretched like great slumbering beached whales across the entirety  of his new horizon. From  north  to south . . . blue, and blue to blue on blue, and more . . . blue.

He had never seen such a thing. 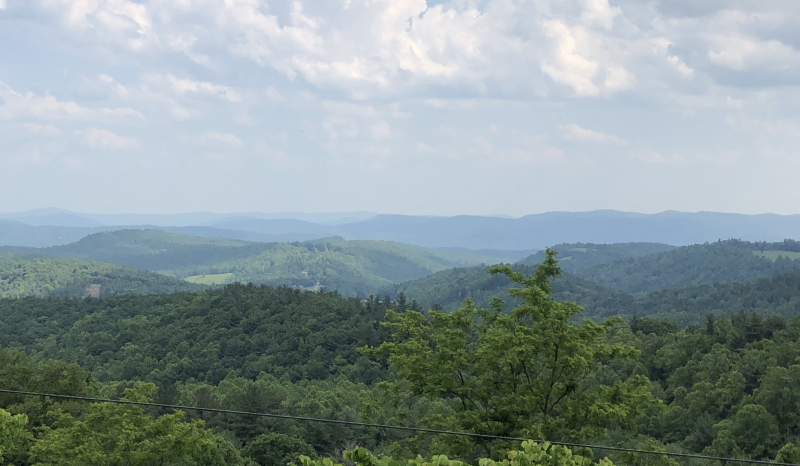 So  this must be the  beginning of Search for Blue . . .
Posted by careyrowland at 5:21 AM No comments: