what Original artist did

While universe was expanding in all directions, Creator chose one lump and began working with it, rearranging its underneath mass so that water could rise to the surface. The hydrogen/oxygen element would move in a purposeful way instead of just sloshing around.
Creator spun that world into motion so that the sunlight which struck its surface would brighten half of world for a day while allowing the other half to return to darkness during the same interval.
Thus did this division between the lightened side of world and the darkened side establish a cycle which would become known to us as day and night.
Then Creator used the interaction of sunlight and water to introduce an earthly cycle by which water could morph between two different states: liquid and vapor. The liquid would generally flow on, and within, the surface, while the vapor would rise to celestial functions.
This was a heavenly arrangement, although it was happening on crude earth—pretty cool, definitely an improvement over the old lump. Let us just call it day and night. Makes sense to me. You?
Creator was inspired, and so, kept going with it, stirring the flowing waters, gathering them together and thus separating the water from a new thing that was emerging—dry land. 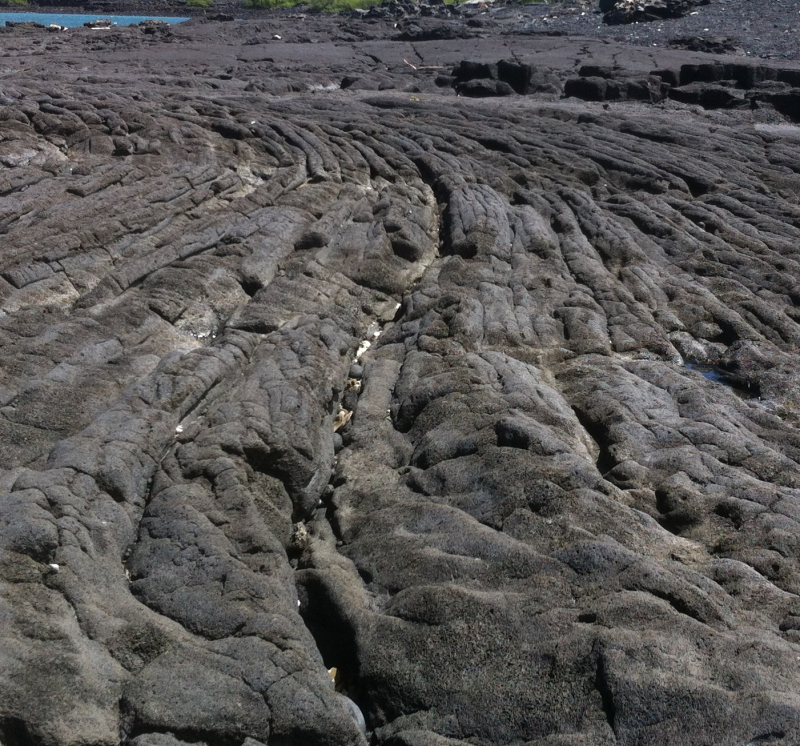 Thus did we have earth and seas. Once again. . . pretty cool, and btw, cooling; by this stage, progressive processes had definitely been set into motion to produce something worthy of a good narrative. 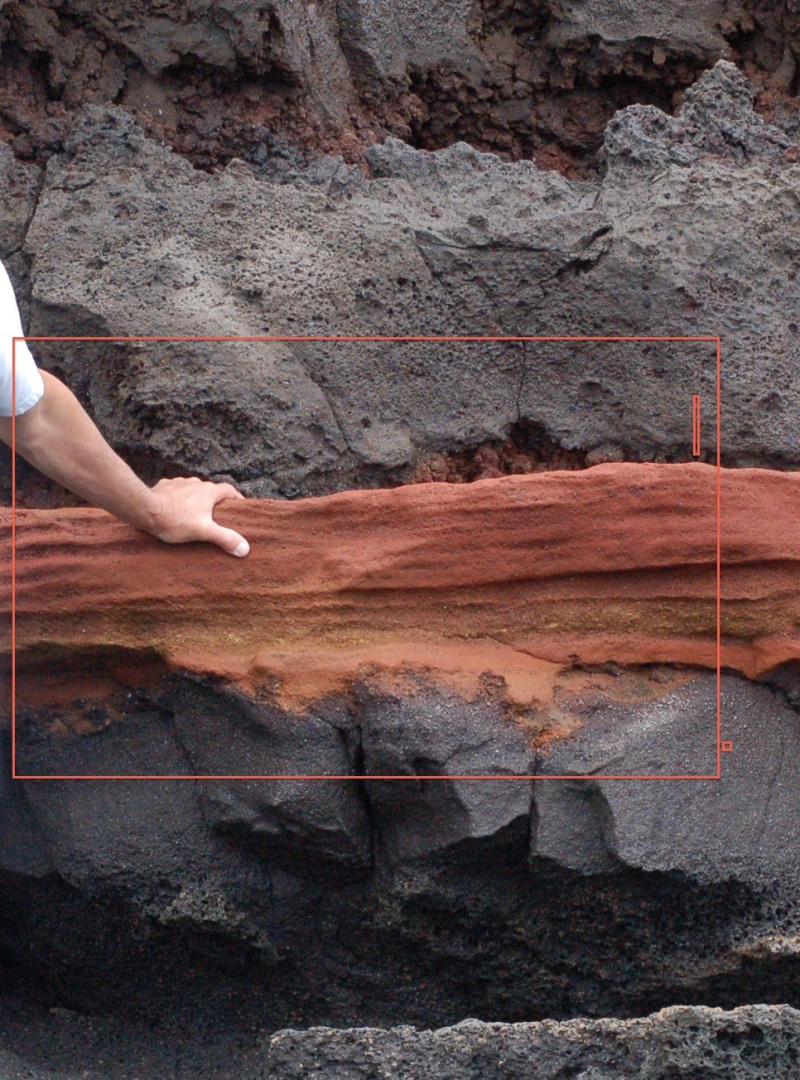 But Creator didn’t stop there. Next thing you know, from out of this developing earth—this interplay between light and dark, active and passive, wet and dry—here comes a new kind of stuff having the coding wherewithal to sprout new stuff never before seen or heard of. Long story short—plant life that could and would regenerate itself on a regular purpose so that Creator could go on to bigger and better things. Awesome! 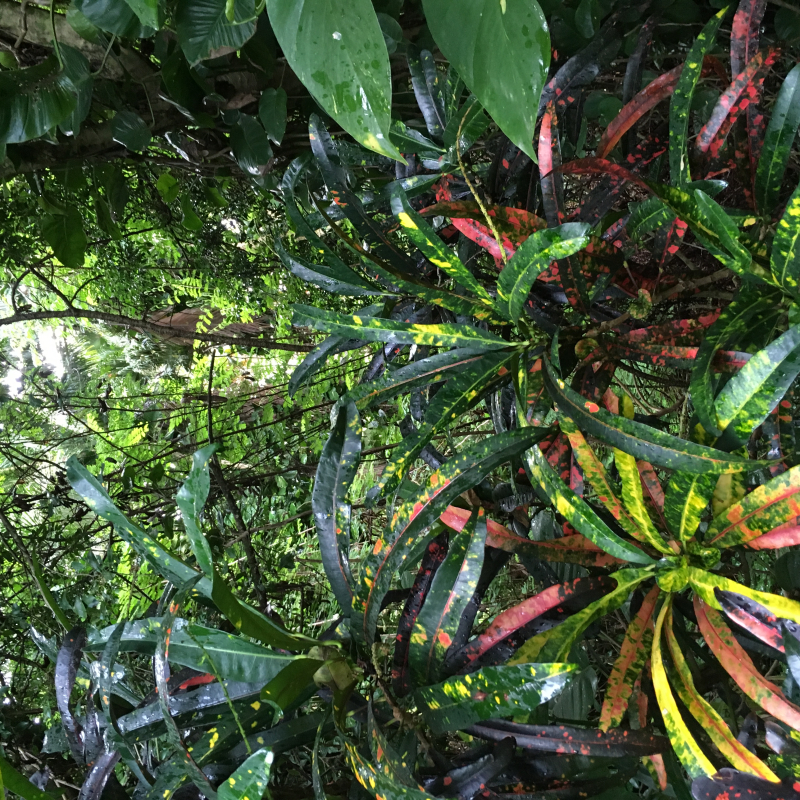 Through the veggies and their seeds, it was obvious that things were getting better on earth, through the continuing interplay of this very predictable, dependable alternating cycle between light and dark, day and night, active and passive, living and dying.
All in all, not bad for a day’s work, as we say out here in flyover country.
But, hey, that was just the beginning. . . 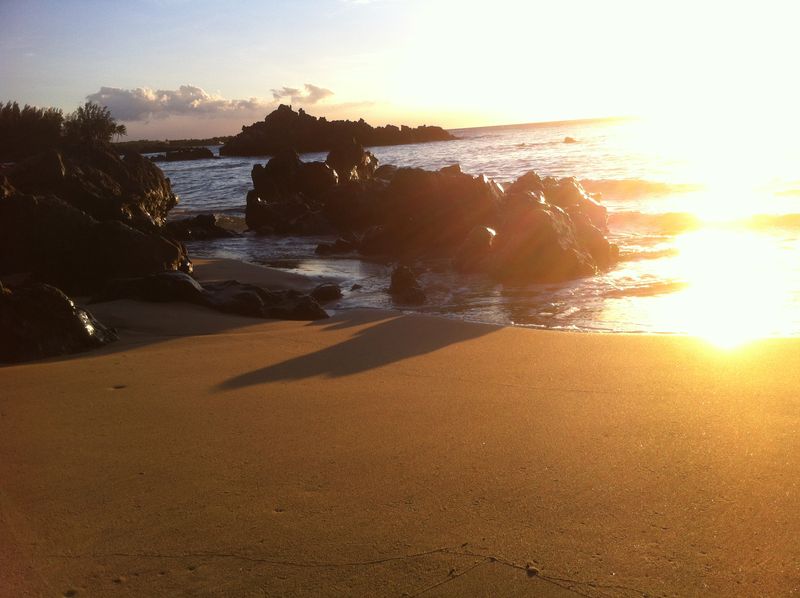 Glass half-Full
Posted by careyrowland at 6:47 AM No comments:

Well gollee y’all, we have collectively moved from the Age of Enlightenment to the Age of Onlinenment.
Liberty! Equality! Universal Brotherhood! 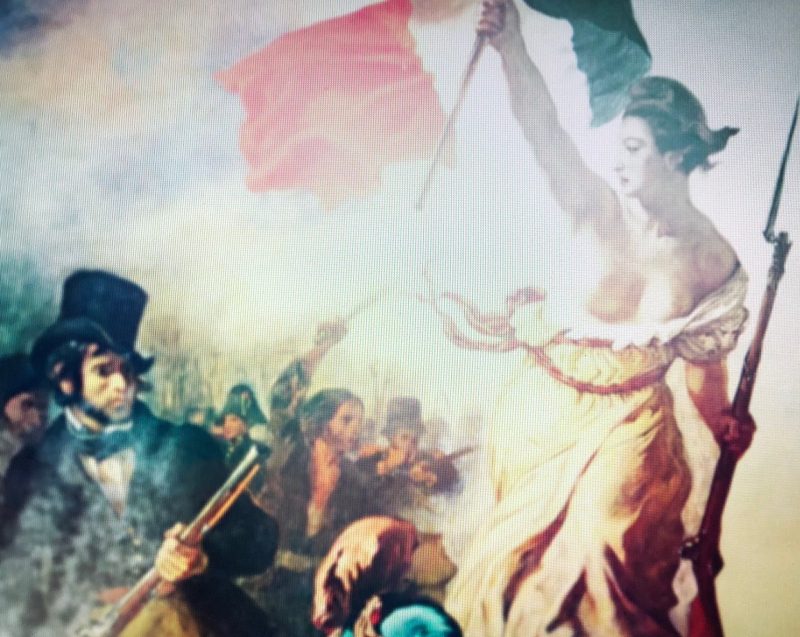 Two or three centuries ago, us civilized Euro-heritage types began figuring out that we no longer needed  the ole Roman church to tell us how to be good and not be bad. We used our enlightened minds to think our way past their ancient religiosity and priestly hoodoo shenanigans; we began to view life in a more Romantic way. We began to  understand that each one of us—each individual—could determine his/her own destiny. We determined that we didn’t need those old priestly neutered fuddy-duds any more to tell us what was right or wrong.
After a while we took our rejection of ancient institutions to the next level. By the time the 20th century rolled in, we had figured out we really didn’t need them uppity kings and queens no more; we ran most of them out of town; we even chopped a few of their royal heads. We were having a grand time making mincemeat of millenia-old royal houses, kings, queens, dukes, duchesses, earls and heiresses. Who needs counts and countesses, marquises and marquesses? 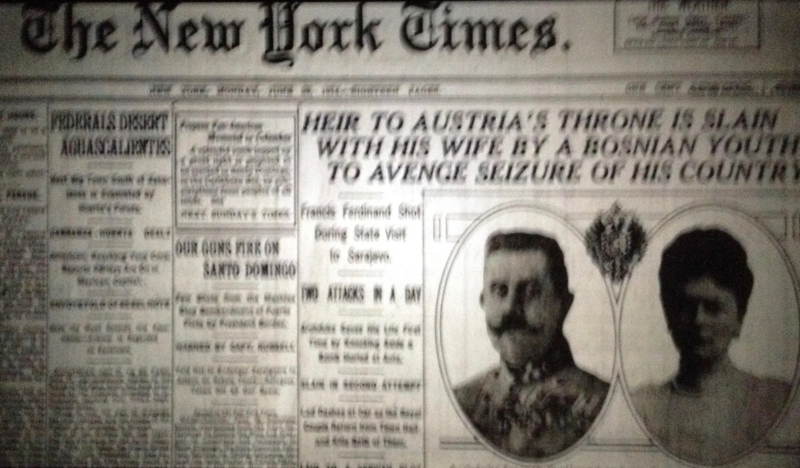 By mid-20th-century, we had honed in in on the regular politicos and company men, identifying them as superfluous self-serving dead weight dragging the system down. Useless people, the whole lot of ‘em. Throw the bums out, somebody said. Who needs fat cat prime ministers, prejudicial presidents, robber barons, pompous politicians,  corrupt corporate lackeys, or fatcat hackeys? Kick ‘em in the ass on the way out the door. By the 21st-century, each one of us had so much control over our personal domains and our very own sope box social media we didn’t even need the old networks any more to tell us what’s important or not important, what’s real cool and what’s the latest hot fake news, who to vote for, who do idolize, imitate or ingratiate or be infatuated with. Not even needed any more was the advice columnist with personal hoodoo howto and who to mock of fock or hook up wit or who to lock up for fibbing to an inquisitional committee.
Our way-cool Enlightenment about the power and wonder of each one of us to be his/her/its own self through the power of the Faceblook ’n the big Tweet and instahoohoogramaton bet-ya-cant-ketchme electrons had brightened the formerly dull dark of obsequious obesity and ancient animosity, rendering it now unto us a wide wide world wild web of such unprecedented intensity that it was lighting up the whole frickin wide web with digital splendor and electronic genius unparalleled and therefore netting such beautiful neutered people heretofore not known in the anals of time!
And so our three-century long trek out of medieval darkness, having morphed us through the illuminati grandiosity of Enlightenment, past obese obsequiosity, into the very ebullient Age of Romanticism, far beyond classical Hour of the Angels Come, so that now we found ourselves busting forth into this new age of electronic awareness necessity and beyond that being hooked up by hook or by crook, turned on, tuned out, dropped out of proprietary propriety and into absolutely cool quasi-obligatory new world neutering Onlinenment.
The Age of Onlinement!
Aren’t you glad you made it here!
I bet you feel smarter already!
Dingding! See Cashier for receipt. Hook up with one of ojr 64oz shugger shug shug while you're in. 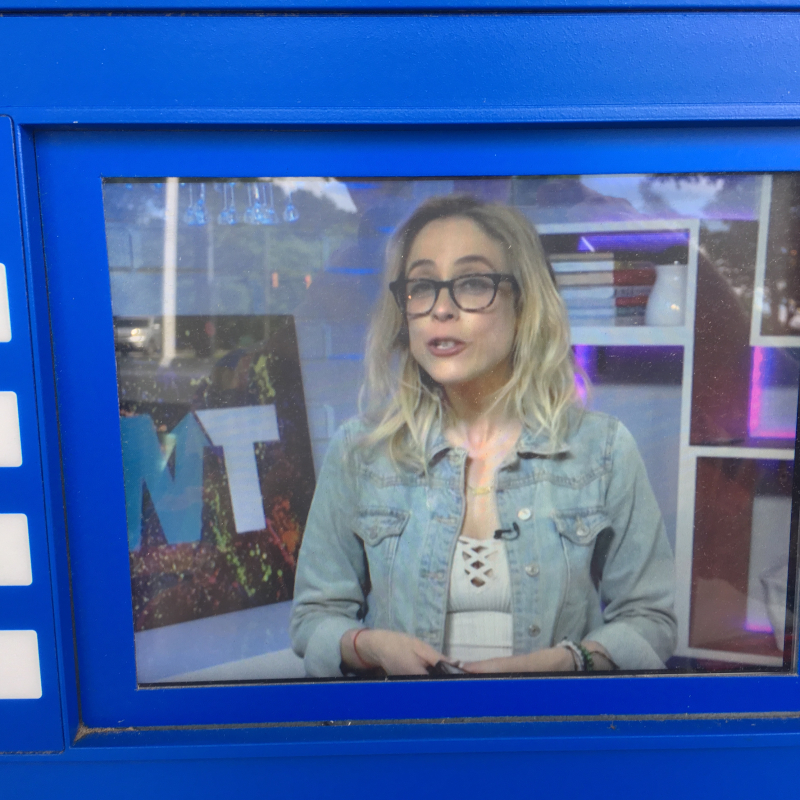 Glass Chimera
Posted by careyrowland at 10:15 PM No comments:

Setting old stones with new methods lays a solid foundation for future pathways of our life together.
Here’s a Blue Ridge Parkway bridge, near my home, built when I was a kid long ago, in the 1960’s. 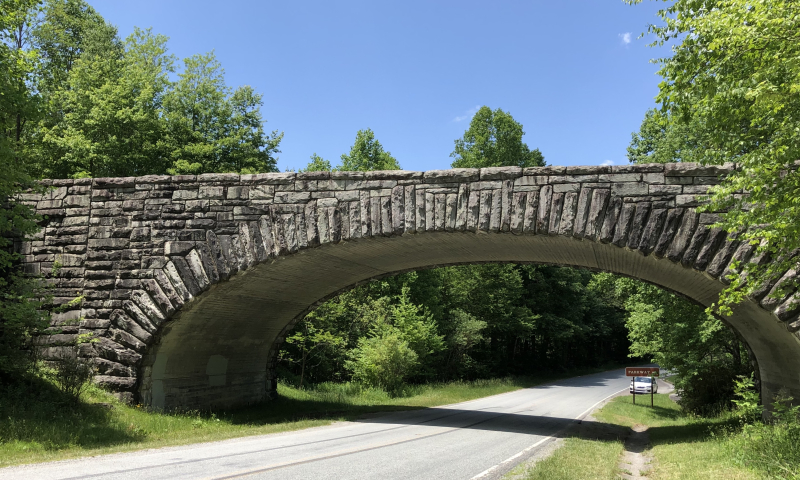 It’s a well-built public-works project.
Incredible strength was laid into the bridge’s inner structure when concrete was poured around a steel rebar framework. Unseen in the finished structure, the silent steel still contributes to ongoing structural integrity and function. Internal strength assured the bridge’s longevity, allowing the structure to bear up under the heavy demands of continuous motored traffic for many and many a year.
This solid piece of work has been sustaining motored traffic for most of my 68 years.
Use of reinforcing steel roads, tied together with wire like cages, then buried forever with gravel aggregate in solid 'crete mud, is a relatively new architectural practice in construction history. The internal rebar method was devised by constructors over time, to assure deep integrity and resilience in vast concrete structures.
Such built-in reinforcement has enabled folks to progressively build bigger buildings, longer roads and bridges, as civilization marches on. 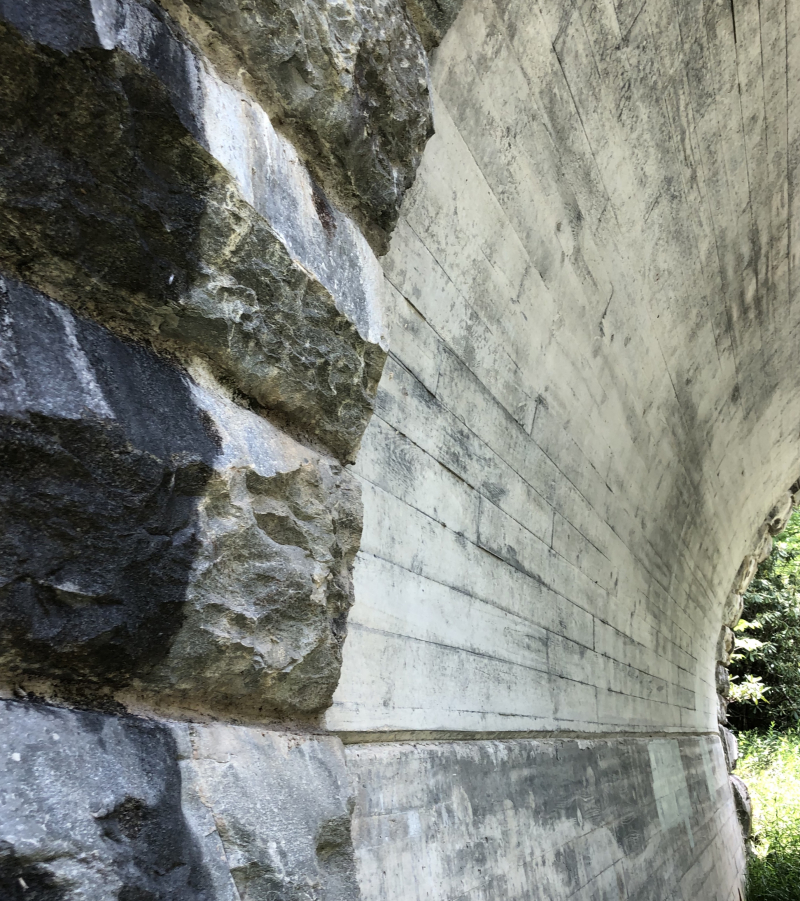 This strong, continuous, time-tested concrete underbelly enables motorists to drive without stopping, on a road that crosses o'er a  road that passes beneath it. In this photo, you can see the structure’s rock-hard underbelly, which bears the surface imprints of wooden planks that were used in forming the main arch  when the concrete was cast, back in the mid-1960’s.
Certainly our attention is drawn to the large veneer stones on the outside face of the construction. These chiseled rocks, having been skillfully cut with calculated angles, lend a classic appearance to the roadway, which would have otherwise been a dull utilitarian construct.
Thus did the bridge become something far more than an elevated roadway; it stands as an artistic statement of architectural continuity, in agreement with its older, 1930’s-era bridge “ancestors.”
The stone masons who erected similar Blue Ridge bridges back in the earlier days were ancestors--whether by profession or by blood-- of the rock masons who set these stones three decades later.
Such chisel-sculpted work  becomes a masonary tip-of-the-trowel to time-honored traditions of stone masons who lived and worked on this same 469-mile parkway back in the day, and then eventually crossed that great celestial bridge to eternity.
Having stood the tests of time and traffic, this good work stands as a long-lasting homage to both structural integrity and graceful design.

About six miles up the road from the bridge pictured above, there's an S-curved structure that I tied steel on, back in the early 1980's-- the Linn Cove Viaduct on Grandfather Mountain. It's a very special construct, being the final missing-link in the middle of a 469-mile, 50-year Blue Ridge Parkway project. But this one was special--not for the classic stonework--but for the cutting-edge technology of building the thing from the top down, instead of the bottom up! Here’s solid evidence that in this life it’s a good idea to do things right. Build it to last, whatever it is you’re working on in your time here.  Our children’s children will notice the quality and be inspired to do great works in their own time.

Search for Blue
Posted by careyrowland at 4:32 PM No comments: