Back there in the baby boomer timeline long about 1967, we were informed that George Harrison had made the trek to India.

As a consequence of that Beatle lead guitarist’s visitation to the the ancient land, the strange soundings of sitar were suddenly showered upon our young and tender rockn’roll sensibilities. When the Beatles’ Sgt Pepper album burst into our consciousness, the musical world changed forever.

George’s exotic Within You and Without You chant  on the album featured a multilayered montage of multi-chromatic musical exploration unlike anything we had ever heard.

And ’twas no accident that on the same LP John Lennon’s lyrical odyssey within and through the Lucy in the Sky with Diamonds metaphor turned our thrill-seeking minds toward previously unexperienced states of druggish space travel.

Subsequently in our baby boomer history, the legendary Sgt Pepper’s went down as a landmark in our freakin’ freefall toward collective short-lived synthetic nirvana.

Now we all know that all that flower power psychedelica and counterculture cannabishia  later disappeared into hippie hokum smokem when most of us finally grew up in the ’70’s and learned, like our parents and grandparents before us, how to work for a living, raise children and have a good time without depending on the lysergics and cannabis for our inspiration.

Meanwhile, life happened while we were waiting for something else to happen. The years fly by; even whole centuries pass into oblivious forgetfulness as we dreaded the world falling apart at Y2K and then it actually did, or began to, blow apart at 9/11.

As it turned out In the aftermath of the 1960’s, corporate America appropriated ’60’s blooming garmenture, cleaned it up and sharpened the edges into managably rebellious fashion, while the 8-miles-high music of our juvenility morphed unpredictably into disco, new country, punkish angst and new wave whatevah.

Now the full extent of Establishment America commandeering our trend-setting rebellious impulses was brought to my attention a day or two ago when I happened to witness this scene at Disney’s Animal Kingdom. 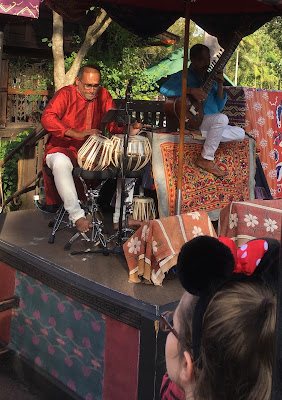 Minnie meets the raga in a theme park! Go figure.

I never thought I’d see the day . . . I mean, this is some serious change, bro, no Mickey Mouse stuff. Are you trackin’ with me, dude?

I guess I never took my rose-colored glasses off after all.

King of Soul
Posted by careyrowland at 4:06 AM No comments:

Consummation to Coitus to Coercion


I was born in 1951 and so I have seen a few changes in my lifetime. One major change is the difference between how we thought about sex back in those rose-colored 1950’s and how we think about it nowadays.

Back in the day, a man and a women would marry and and try to make a go of it— a lifetime of extreme one-on-one intimacy and— if they were good at it and lucky enough— parenthood.

Nowadays, not so much.

Seems now everybody’s hung up on the sex part of it. Who’s screwing whom, whether he was raping her, who’s consenting, or not, to whom. And who’s coercing whom into sexual acts. Socialmedia world is all about what he did to her, or he did to him. Whereas it used to be about mama and daddy retiring to the same bed every night, then something mystical happening between them, which would result in a new human  entering into this wonderful life.

But now that long-lost world of lifetime love and fidelity is going the way of the buffalo— which is to say. . . near extinction.

Mom and Pop are hardly even a part of it any more. The public obsession that’s been drummed up is all about what Harvey whoever did to so-and-so how many times on his studio couch, or about Roy’s groping the girls, or Kevin’s coercing the boys or even Prez pants-down Bill’s spurting on a blue dress in the very shadow of his privileged oval office hegemony.

Now some of us ole geezers are wondering how the hell did we get here. What happened? Funny thing happened on our way to the millennium, we lost something along the way.

We lost some healthy constraint somewhere; we forsook some beneficial bonds on our way to tearing down all those old taboos, pushed the envelope beyond beneficence.

It seems we Boomers overdid it in our campaign for Free Love.

As it turns out, free love is not much more than cheap lust.

And mere rape, be it sardonic, sadistic, or sodomic.

I think it’s time we blaze a path back to where we were before we lost our way in the wilderness of wantonness. 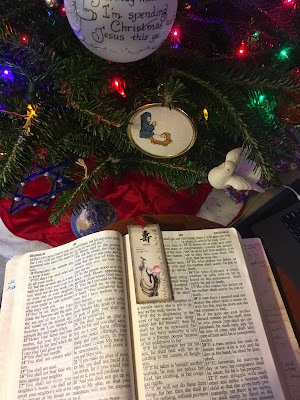 King of Soul
Posted by careyrowland at 3:25 PM No comments: