The Saga of the Stick


Herein is told the ongoing tale of them that do, doing unto them that get done unto.

Going back in time we find . . .Stuck in a perilous situation, homo sapiens grabbed a big stick and started swinging it.

His strategy worked sufficiently for subjugating wild animals and other scary intruders. 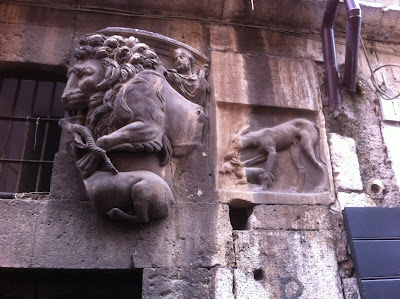 With frequent use, wielding of the stick became an habitual strategy for homo sapiens’ survival. Before long, he was expanding his use of the stick as a staff to herd sheep.

By herding sheep and scattering seed, sapiens man was able to survive on a higher level, and so he ascended to a certain  sovereignty over his surroundings.

By ’n by, by finding fire, he discovered he could roast and toast and scald food and in so doing consume stuff more satisfactorily. This utilization of incendiary power also supplied heat sufficient to smelt metals from ores and to cast tools from stones and then to strike utensils for use in shaping a new way of life and ultimately a society.

"Hunters and gatherers we will be," said the shepherds in their new society.

"Shepherds and smelters we shall be," said the scions in their new ascendency.

Such satisfactory progress afforded sapiens some time to ponder the universe he was espousing. Moving right along, sapiens man began scribbling squigglies on  stones, scratching symbols on papyrus, and certainly scrawling scripts on scrolls.

“Scholars and stargazers we shall be”, said the Scions in their ascending hierarchy.

“With swords and sceptres will we assert our sovereignty; with scythes and scripts we shall extend our authority.

Take ye these instruments," said the sovereign to the scion.

"Distribute these scythes and sickles; supply these utensils to yon peasants to scatter and to sow  seeds in our fields.

Take these here symbols and scripts; scribe them upon the hearts of our people and in so doing implant our sovereignty over them. Establish our legendary sacrifices that such may become a sacrament unto them. Sow the seeds of our royalty, and thus harvest surplus with which we shall surely abolish the scourge of scarcity.

Clothe their servitude with civility. Sever their discontent with circuitous servility. With sword and scepter and script shall ye establish our ziggurats of slavery by which we shall  dissemble them in the latest greatest viral-spinning splendors of sensuous satisfaction.

Urge them to spin in circles of superfluity.

Cast ye the rising symbols of our datified sovereignty over them.

From search engines squeeze forth pseudos of science, as the tube yieldeth toothpaste until it is rolled and trolled and empty as a zero hero. Quantify and datify and pacify these scruffy malcontents. Render them thereby castrati and technocrati and couchpotatoati.

Swing ye the sword of censorship upon their scribblous postings while they yet cannot detect our tampering with their turbulent protestations.

Tell them to Get thee to a neutereing nunnery— lest their spurting emissions prolong the cursed progeny of our climate changing catastrophe!

Narcotify and opiafy and entertainify them until they’ve been sufficiently socialized to binge upon the fodder of fakenews foolishness until the cows come home while the social medias drone on and on.

Stick it to ‘em,” said the hierophant to the sycophant.

Herein was told the the ongoing tale of them that do, doing unto them that get done unto.

Glass Chimera
Posted by careyrowland at 2:35 PM No comments:


Give me America anyday because

Just give it to me:

to an old notion 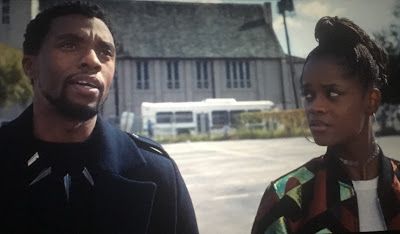 the deadends of malice

into arcs of goodwill.

an old song, just with 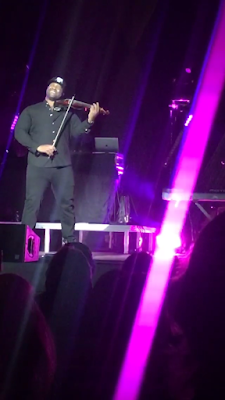 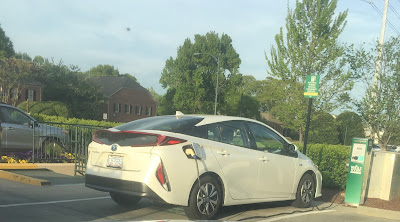 I can sight America winging

its way o’er terrains of pain

to have to put up with

This stuff that’s goin’ down now:

them with their their guns and butter

vs. them with their lgbt muttering—

just give me America, you guys!

to hope and justice

is still with us, 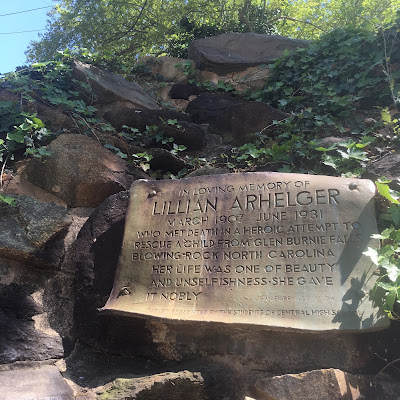 King of Soul
Posted by careyrowland at 7:12 AM No comments:

that Pandorro opened a magic jar and set the demons free.

For centuries upon centuries the humans attempted to correct

the myriad of maladies that Pandorro’s foolishness did eject.

Every now and then and by ’n by we’d find a way to block ‘em,

but always the little demons would scamper out to unlock ‘em.

them varmints found copious means to make themselves at home.

Along comes Marco Zuckaburq, some time in the early twenty-first,

flinging myriad platforms for vain fancy faces to they go forth and burst.

With all them billions of faces splattering themselves in cyberspace,

suddenly we had every kind of trolling vulture online in human race.

It all came down on Marco when he got grilled by political critics;

they badgered him  about unleashing all them demon analytics. 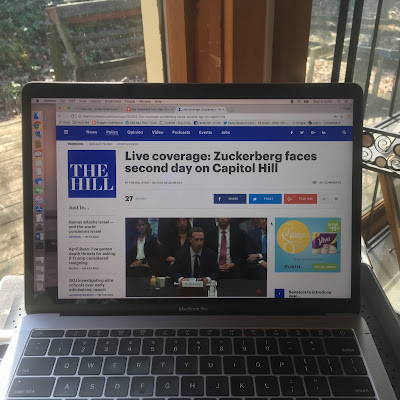 It seems every demon came trolling from Pandora’s ancient blunder;

But let us face the facts of freedom, y’all, far-flung in facebook data.

Every deviant spirit’s now unbound to show its Face sooner or lata.

Glass Chimera
Posted by careyrowland at 5:36 AM No comments:

Maybe it’s because I, like Jacob of old, have had to wrestle with God before I could let him into my way of thinking and doing. Maybe it’s because of Moses, or Paul, or Jesus himself that I had this wrestling session yesterday. For whatever reason, I spent yesterday, Sunday, wrestling with God.

Not literally, of course, but mentally, spiritually.

Let me try to explain this.

On Saturday evening, my wife and I shared an evening meal, and several hours,  with a small group of friends whom we have known and loved for a long time, since the early 1980’s. We are, as they say, Christians.

These are people with whom we have, on a regular basis, gathered, prayed, worked, laughed and cried, for most of our adult life. We have all raised our now-adult children together and released them into the great wild world.

My struggle yesterday was precipitated by an ethical dilemma. The problem was working through my mind all day because our host friend had shown us a video link. The half-hour online presentation introduced to us—and to the world, generally— a work of ministry that is being carried out by our hosts' son-in-law, whose life and struggle is being worked out in his chosen hometown, Ferguson, Missouri.

In the video, Jonathan “JT” Tremaine presents some historical information along with some gospel enlightenment, and he then goes on to explain his vision for justice that is linked to a Christian call to righteousness.

As I ruminated all yesterday (Sunday) on what Jonathan had said, and the images he displayed, I became perplexed while wondering about this thorny question:

Just what the hell is justice anyway?

Is it equality instead of inequality? Is it income redistribution? How does this monumental concept of justice really play out in history, American history?

For many blacks, that idea of "justice" is defined largely by what color of skin a cop sees on the face of some citizen that he is trying to protect, or . . . protect himself against.

And how does justice relate to this “righteousness” thing that we so-called evangelicals like to claim for ourselves?

These are the two primary points—justice and righteousness—that JT raises in his podcast, and in his ministry in Ferguson, Missouri, which he calls “Meet me in Ferguson.”

For many people, especially honkies, neither of these issues is any big deal. Yet that unawareness—that insensitivity— is part of the problem.

The bottom line I’m working toward here is this. Both of these issues—justice and righteousness—are very important issues that we Americans must address if we are going to move forward in our great, historical experiment with democracy.

As the Hebrew prophet of old, Amos, presented a challenge to his people—and to all people throughout history. . .

This is a message of many prophets of old, and many modern prophets as well, such as Frederick Douglass and Harriet Tubman, Rosa Parks . . . 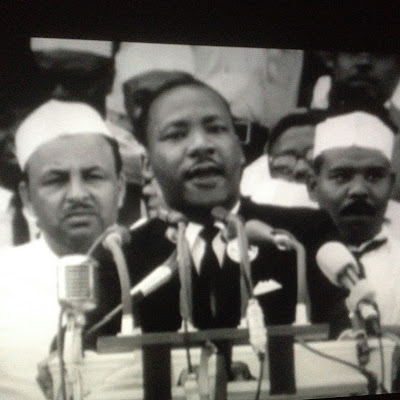 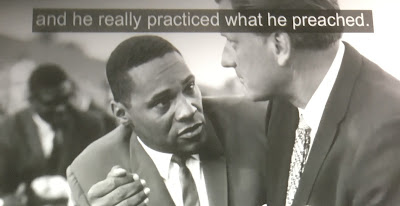 Say what? Billy Graham? What's he got to do with social justice?

You probably didn’t know that back in the 1950’s, Billy Graham insisted that the ropes be removed—the ropes separating blacks and whites at his very own gospel crusades. And when racist ushers of that day refused to do it, Billy himself did remove the damned things. So that blacks and whites could, together, participate in the work of bringing in not only righteousness, but also justice.

And we are, y’all, still working on it.

I'll finish this struggle session with a song:

Mountaintop
Posted by careyrowland at 5:53 AM No comments:


with apology to W.B. Yeats

Spinning, spinning on internet spires
the demagogues have lost sight of our foundation;
Polls spread apart; the moderates cannot hold;
Seared extremities are loosed upon the land,
The opiate tide is loosed, and everywhere
our old consensus urge gets lost in the noise
The worst gain all attention, while the best
Are mired in mediocrity.

Um, um, some revolution is at hand,
like, like . . . absurdity rules the land.
It’s ridiculous! Immediately as the tweets is tweeted
with some viral bizarrity from lala land,
it occludes our sight: somewhere in the pixels of the dream
a shape with venus body and head of man,
gazing blank and shiftless as The Cloud demands,
is moving its slow members, while all around
retweet droppings splatter from our looney clowns.
The narco takes the cake; so now we reep
as two centuries of freedom deep
spin downward now to chaos bleep by bleep.
So what rough beast, its hour come at last,
slouches toward America to delete our past? 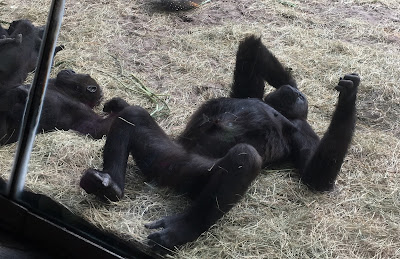 King of Soul
Posted by careyrowland at 10:45 AM No comments: