The Narrative of the Ancient !con 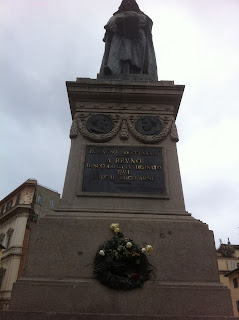 we find PMUnicomm inquiring among the projection heads as to what is going to happen next and how should we proceed from this point and what strategy should we devise to beat the numbers because they be indicating correction ahead and NIRPy deadends between buyin dips and sellin peaks and rockofdebt and hardplace of reality, so Arioch chiefofstaff say to PMUniCom:

BLS-BS say UnEmp be way down and thats good but LabrPart don't match up to historical precedental expectations so we brought in DaProphit to make recommendation for FEd shells to be moved thus and such so game can go on and broncos can beat panthers and bulls chase bears off into sunset. So here be DaProphit and he say:

You, O PMUnicomm, were dreaming and behold there was a single great !con on your !phone, which was large and of extraordinary splendor and it was standing in front of you and its number of followers was awesome, like in datrillions.

And you saw, O PMUnicomm, the head of the !con was made of silvergold, its breast and arms of ironsteel, its belly ass and thighs of assets, its legs of stokbond, and its feet partly made of toxi and partly made of asset.

You were like this is awesome what the hell is it and while you were grokking it a rock was cut but not with human hands because the hand was busy writing on the wall and the rock suddenly smashed the feet of the !con to smithereens and the tox and the assets and the stokbond and the ironsteel and the silvergold came tumblin down and humpty couldn't put the dumpty back together again. But the rock that struck the !con became a great mountain and filled the earth.

And as you watched, PMUnicomm, the credits began to roll on your !device and it was time to find another fluffup.

Glass Chimera
Posted by careyrowland at 10:11 AM