I suppose the concept of Deep State started with George Orwell. In his fictional explorations of early 20th-century dystopia, 1984 and Animal House, Uncle George presented the scenario of a so-called Big Brother government that wanted to control just about everything, including not only what people do, but also what they think.

Orwell’s real world of the 1930’s certainly presented a dramatic scenario of escalating DeepState dysfunction. Two gargantuan opposing dictatorships were challenging each other over the question of which one would control the world.

The Nazis, who had wrested control of the German gov. machine, had effectively set up a dictatorship of one man, Hitler. He turned out to be a personification of DeepMad. In other words, he was so mad at the world that he desperately wanted to find someone to blame for all the DeepSh*t. He blamed it all on the Jews and the Communists.

The truth is, however, this. We have found the enemy, and he is us.

Meanwhile, back at the northern climes, the Soviets were setting up a dictatorship of the proletariat, even though their founding dictator was dead; Karl Marx had dictated the idea that working folks could manhandle the world away from all the rich fuddyduddy lords and ladies who had been running it for so long, and everybody knew that certainly the proletariat could do a better job of running the show.

Now that's an idea whose time has come, the arc of history and all that. Or so they thought . . .

In the ’30’s the whole damned world was torn apart when the Dictatorship of Hitler tangled with the Dictatorship of the Proletariat. Oh, and there was a third one—the Dictatorship of an Emperor—Hirohito in Japan, not to mention Mussolini and his goons. Between these four, they pretty much dragged the whole damned world down into a fricking apocalypse preview. Unlike wars of old, such as was conducted by the ancient Greeks v Persians, or David v Goliath, or old dusty militarized monarchs of Europe sending their clueless vassals out to perish, the 20th-century version of warfare was exponentially more destructive than the carnage inflicted by men of old, wielding their legendary sabres and muskets and cannons and those old-school versions of techno-destruction.

Well, by 'n by, we Allies managed, through much blood and toil and sweat, to put an end to all that dictatorial bullsh*t. 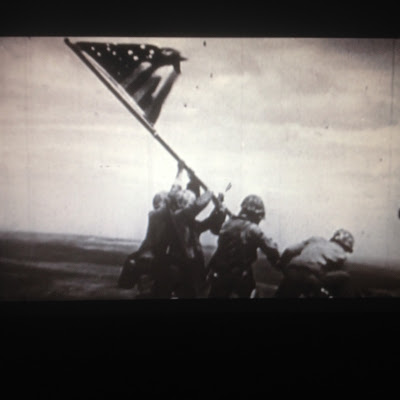 It was no easy job, but we collectively mopped it up in the late ‘40s, '50s and thereafter. 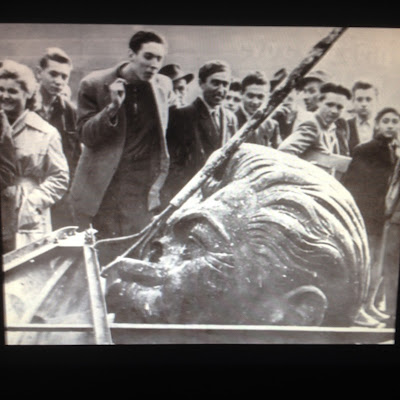 But that was just one small historical step, as it turned out, in all the blood, sweat and tears that was yet to come. 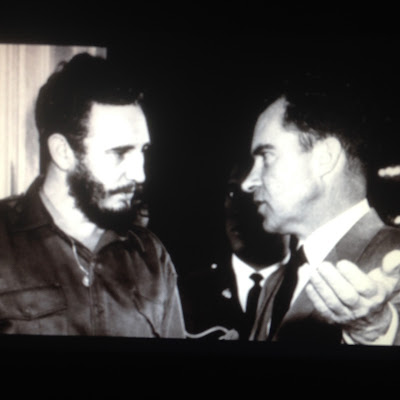 Now understand this: there's always a lot more deep stuff going on than we, in our pea-brains, can fathom. That said . . .

By ’n by, a new generation comes along and now all these kids still wet behind the ears are growing up with a TV in the living room, and they’re watching the world through the lens of Edward R. Murrow and Eisenhower and Kennedy and Cronkite et al, and by the time the baby boomers get out and about where they don’t have the restraints of mom and dad tellin’ them what to do all the time—in other words, college—by that time, they had figured out that they knew enough about the world to change it—the world, that is—(haha!). And so they got out in the streets and made a big mess of things until finally Nixon got the message and brought the boys home.

Well, by the time the boys came marchin’ home again hoorah hoorah—this was early ’70’s—the DeepState had gotten the idea that Nixon was a brick or two shy of a load, and so they set out to show him a thing or two by pressing the delete button on his power trip.

And this is how it happened:

That whole protest wave that so confounded Johnson and Nixon—it wasn’t just about the war. No, it was about much more than that. It was supposedly about free love and maybe some free pot and maybe even free food, as the diggers had been trying to do out in San Francisco.

Meanwhile, back at the ranch, there was a lot going on in America behind the scenes.

Now since that time, our preoccupation with all this dysfunctional politics and sex has sunk us deeper into political and sexual irresponsibility. This dystrophy has, along the way, blinded us to authentic responsibility, and ultimately imprisoned us in a yet another very deep quagmire. Yeah, I say unto thee, 'tis yet another pothole of even deeper dysfunctional distress:

Nevertheless, in spite of all that, ya gotta find a ray of hope somewhere. I don’t know about you, but my prescription for our dystopian dillemma is quite simple, maybe even simpleminded:

And if you believe that, I've got some deep canyon real estate in Arizona I'll tell you.

What's better is: In God we Trust. But with all the deep sh*t that’s going on, such blessing and trusting could require a higher power for the fulfillment part of it, and maybe even some DeepFaith.

King of Soul
Posted by careyrowland at 10:57 AM