From Valley Forge to Vietnam and Very Near


In 1969, I graduated from high school and went to University. In college, there was no threat to life and limb for me. It was a safe place to be.

Many of my high school buddies didn’t take that route; they joined, or were drafted into, the US Army, Navy, Air Force, Marines and Coast Guard to defend our nation. At that time, defense of our nation—defense of our security and our ideals—was considered by most of our leaders to be directly related to the defeat of the Viet Minh and Viet Cong in  Vietnam.

While I went to college, many men and some women of my same age shipped out to the other side of the world to run the Viet Minh insurgents back into North Vietnam, and to the shut the Viet Cong  down.

The difficult mission that our national leaders had laid upon our soldiers over there was no easy task: dangerous, deadly and damn near impossible. About 54, 000 of our guys and gals who served and fought in Vietnam never came back, or they if they did return it was in a casket.

My college experience here, Stateside, was a walk in the park compared to what our armed forces were called to do in Vietnam and other theaters of war. What they did, however, was nothing new. Although in Vietnam we were strapped with a whole new set of warfare rules that few understood, and that was a major part of our problem.

But I am here today to say that: Our soldiers have been defending the USA—our freedoms and values—for two centuries. 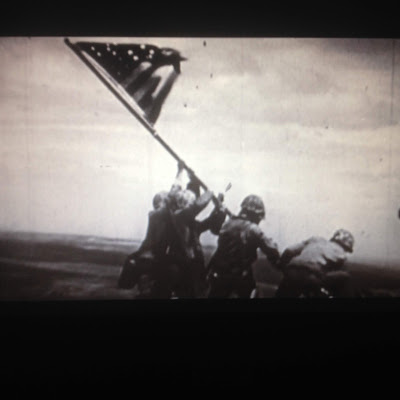 From Valley Forge to Vietnam and Very Near, millions of our men and women have lived and died to defend us. We owe them—whether they served willingly, or were drafted—we owe them respect and gratitude for their willingness to be threatened and humiliated by the pains and dangers of war and the perilous requirements of maintaining government of the people, by the people and for the people.

From Valley Forge to  Vietnam to now. . . their brave service continues to this day: defending our shores, our borders, and helping other liberty-holding nations to maintain freedom from oppression.

While thousands of guys and gals of my generation were on duty in Vietnam, many of us back here at home were protesting and working to bring our people home, because . . . the longer that war dragged on, the more and more controversial it became. Finally, by 1975, we had shut the whole project down.

So our Vietnam veterans came home and got back into the routine of living in the good ole USA. For many, many of them, this was no walk in the park, no easy transition. PTSD was, and still is, rampant among them. And while we who did not go will never understand what they endured, we can still show our appreciation.

A few years ago, I reached a time of life in which I felt a need to somehow reconcile the controversy of Vietnam that our generation had endured. My literary working-out of this angst took the form of a novel, King of Soul, which I published in 2017.

On this Veterans’ Day, I share a brief excerpt that describes one little experience in the Vietnam War. I post it here today, so that those who were there and endured such tribulation—they will know that their bravery and sacrifice does not go unnoticed by us who did not serve.

For the sharpening of our collective memory of what the hell happened over there, I post the excerpt, which begins with a quote from a popular song that many of us singing here at home. from Chapter 19 of King of Soul:

. . . the gunner for their platoon, and that day he was packing an M-60 machine gun. And now there was no doubt about the threat of those nearby

NVA. Sure as hell, there was no doubt any more about anything except: they were in a firefight. Time to fight, or die. Rob got the order to haul that M-60 down the hill to a certain position and open up on ‘em. He said all he could remember about that was that he put one foot in front of the other while scuffling down that hill dragging all that weight with him, and the infernal noise that was blasting out all around him. The adrenaline was pumping and he was stumbling through it, trying to keep himself and the gun upright until he could get to where he was going, or where he was supposed to be going, which he wasn’t yet sure of. It wasn’t just the machine gun he was packing, but also three ammo belts. I mean, it was a good damn thing that he had ‘em, because he was gonna need every last one of them rounds before it was all over with. Finally he got to where he was s’posed to be, rid himself of the ammo belts and heated up the M-60, aiming up at the ridge where the AK-47 flashes were poppin’ like deadly firecrackers, but a helluva lot louder. He said he felt like he was going crazy, but somehow the craziness itself was what drove him on to do what he needed to do. I mean, what else could a man do? He was just shootin’ the hell out of them NVA, or at least he hoped he was, because it was gonna be either us or them if he had anything to say about it.

For you guys who went over there and endured such as this, whether in Iraq, Afghanistan, Vietnam, Korea, Iwo Jima, Normandy, Ypres, San Juan Hill, Gettysburg, Valley Forge, or  wherever you performed your duty for us . . .

Although we'll never understand what the hell you did over there, still . . .Thank you.

King of Soul
Posted by careyrowland at 6:20 AM