The Interface of Light and Matter in Costa Rica

In my freshman philosophy class, Dr. Henderson used the word "anthropomorphic" to describe Man's tendency to form a notion of God into his own human image. That is to say, we make God out to be human, or like a human, because that's all we know.
After 44 years later of pondering this and living the wonderful life God hath provided, I prefer the Torahic approach to conceiving what God is like. Torah, or Genesis, says God made Man in His own image. God was expressing himself when created all things, including humans. If we see human characteristics in his handiwork, it's because God intended for us to see that he was expressing himself through creation, just like we do.
God is an artist, like me.
Those artistic tendencies that he developed within me are what enable me to appreciate the Artist that He is.
Here is an example: 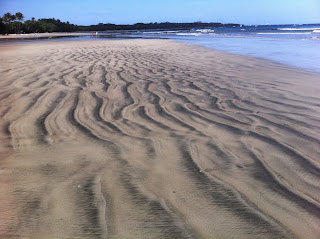 Nice work, n'est ce pa? I like this better than, say, Mondrian, Pollock or Warhol. And it's almost as interesting as Wyeth or Monet.
Here's another, with a little more background, like DaVinci adding background to Mona's portrait: 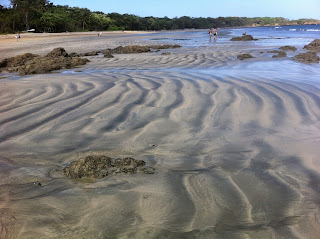 Sometimes, God takes his brush and turns it downward with a little perpendicular slash, like Van Gogh: 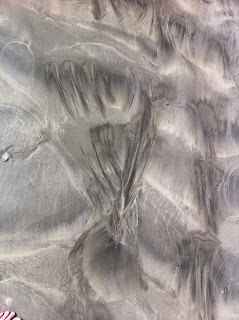 Other times, God uses his electromagnetic energy to separate Light from Dark, like he did in the Beginning: 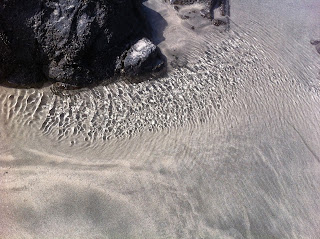 Every now and then, we see a microcosmic image that resembles a larger microcosm. Here's one that reminds me of an airplane view I got once, over Utah, or maybe it was Nevada. 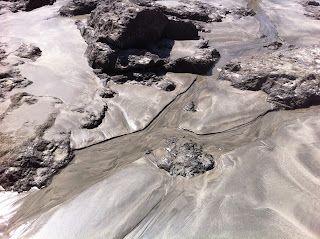 Another good thing about the Original Artist: He like to use his critters to help make the work interesting. Here's one where the sand critters do their thing: 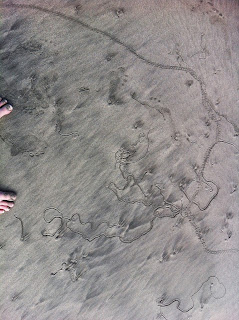 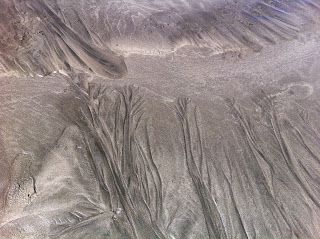 But listen! What Victorious hailing rings from yon beach bar? It is celebration! Costa Rica has defeated Greece in World Cup soccer! That "V" in picture above takes on a new meaning here in Costa Rica. Viva Costa Rica!