My fellow Republicans, excuse me please.

I see nothing wrong with addressing a national convention with the message that Ted Cruz presented last week. The Senator's exhortation to let conscience be our guide is totally appropriate. And his emphasis on the Constitution is supportive of our steadfast heritage as free Americans whose human rights are assured by that amazing covenant. 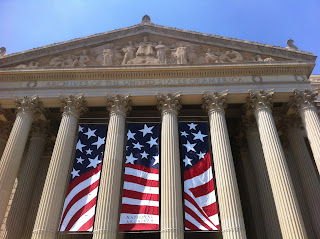 The covenantal power of our 235-year-old Constitution goes far, far beyond the power of any one man to guarantee our liberty.

So let the conventioneers leap frantically on their bandwagon of TrumpPower.

Let them boo Ted to their heart's content. I don't care; obviously, Ted doesn't care either. He did what he had to do.

Those rude conventioneers were deriding a man who is brave, and smart enough to stand on principle instead of bending to politics, a man who has petitioned the United States Supreme Court nine times. He is no spring chicken when it comes to Constitutional rights.

So, for him to admonish his own party and the nation to retain Constitutional perspective instead of playing fast and loose with politics-- this is no offense to Republicans, nor to any of us as Americans.

If I could add a contemporary person to the annals of President Kennedy's Profiles in Courage, it would be Cruz.

Preserve the true guarantor of our liberties, the Constitution of the United States, and 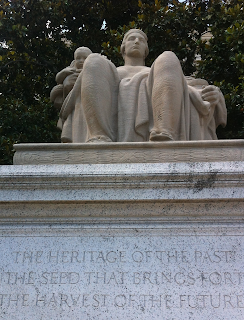 As for me and my vote--I'll decide that when it is time to make a decision, in November.

And if you think I'm a RINO instead of an elephant, that's no big deal to me. Maybe I'd rather have "more of the same" than take a chance on a high-roller who thinks he can trump every hand that dares to contend with him.


Because this ain't Atlantic City; this is America.

We've got from now until election to decide between Hillary and Donald; we will examine their characters and their motives as they contend for the highest office in our land.

I don't like either one of them. Nevertheless, may the better leader win.

But here's my admonition to you: no matter who the next President is, watch your wallet, and your constitutional rights.

Smoke
Posted by careyrowland at 10:57 AM