You may have read somewhere that Karl Marx, the chief promoter of early communism, said that religion is the opiate of the people. 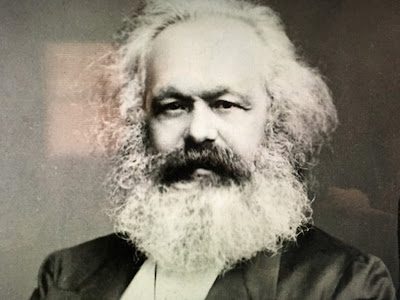 During the time that he wrote of such things—mid-1800’s—industry was rapidly progressing in the modern European world. Things were changing so fast that industrialists and capitalists were able to take advantage of poor working folk who did not understand the cataclysm of enslavement they were themselves getting into.

As the Western world industrialized at a whirlwind pace during the 19th-century, millions of people (the masses) got left behind in the rush.

Economically, that us. They got left behind in the money and wealth part, while the the fat cats and movers and shakers ran roughshod over them with a burdensome industrialism that slowly robbed the poor working-stiff proles of their only real precious asset—their labor—and nullified the workers' ability to prosper and get ahead of the game.

Marx wrote in 1843 that religion was the opiate of the people. He explained that religion allows oppressed workers to be be inappropriately consoled, comforted, while they are being taken advantage of. The fulfillment that religion brings people cultivates a  false comfort among the masses. Such stupor enables an old autocratic system—or a new capitalist one— to justify its uncaring abuse of the masses.

This idea was used in a very big way when the Bolsheviks took control of Russia in the early 1900’s. Those rabid revolutionary communists worked relentlessly among the people to eradicate religion, because, according to developing communist doctrine, clueless Orthodox faith was the opiate that allowed the rich people to take advantage of everybody else.

But things have changed since then.

Now here we are, a hundred years past the forced imposition of communism on this gullible world, and we see that everything has morphed into a quite different scenario. Communism—at least the official version of it— appears to have been tossed into the dust heap of 20th-century Berlin Wall history.

And now Religion is no longer the opiate of the people, because it is way out of fashion. Who the hell believes all that old stuff anyway?

Well, there are still a few of us around, and we are noticing a thing or two about the present state of affairs.

We find ourselves mired in a new opiate: entertainment. It’s all around us. Can’t get away from it. I confess that I, too, have at times succumbed to this counterproductive opioid.

Being overtaken by Entertainment is, as some promoters love to proclaim—addictive. And it has an agenda.

Can you figure out what the agenda is?

Some media pushers promote product  this way: “It’s addictive!” as if that that’s. . . something good!

Habit-forming, bingeful, cringeful, winkin’ blinkin’ and nodding as we in our tickee-tackee nests drift off to sleep in front of the screen only to drag ourselves to bed and then to work the next day. Talk about your opiate of the masses.

But hey, sleepers Awake! The infamous opiating old-time religion’s got to be more productive than this.

Picture it: bunch of seekers gathered in a room reading out-of-style scriptures, singing songs and praying, maybe even proseletyzing other wandering souls.

Seems pretty to active to me, maybe even subversive—downright vitalizing and invigorating compared to the passivity of comfortably numb binge-watching video and obsessively tapping our tickee-tackee deviant devices as we scrunch down the manufactured munchies.

Something needs to change. We need to take back the means of fulfillment.

Believers of the World Unite! because

He is risen! and I ain’t talking about Marx. 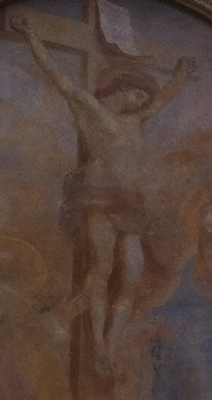 King of Soul
Posted by careyrowland at 9:18 AM