If you depart the city of Charlotte driving northward on I-77 toward Virginia, you will, about an hour later, cross over US highway 421. The traffic interchange there consists of a typical cloverleaf-type interstate-highway overpass with a looping exit ramp on which your vehicle descends from the overpassing I-77 down to the underpassing perpendicular US 421.

As I am a frequent sojourner between Charlotte and my Blue Ridge mountain home, I have performed this little maneuver many, many times over the last 39 years or so. Possibly hundreds of times.

Over the years, there is something very special I have noticed about this exit ramp, by which I steer the Subaru, veering slightly rightward and onward down the ramp, decelerating slightly and moving in a steady arc along a quasi-circular path to the destination highway below, on which I have then been redirected westward (although the sign says US 421 N) toward my domicile in the mountain town of Boone.

I say I have noticed “something very special” about this exit ramp, although this unique speciality is probably common to most every overpassing intersection that we’ve ever crossed o’er; and it is this:

As I turn the steering wheel for exiting onto the ramp, there is a point to which I can—less than halfway through the turn— adjust the wheel and cease its turning, having set the steering mechanism to a precise degree. This adjustment is sufficient to complete the onward arcing of the vehicle’s path as it egresses with no further turning of the steering wheel, until the turning maneuver is completed as I have redirected the Subaru, now on a westward vector instead of the northward one we had previously sped.

Recently on one of my trips homeward, I realized that the reason this maneuver can be performed so smoothly is this:  some engineer designed the exit ramp on what appears to be a perfectly constant curve. Cool! The perfect curve, thought I.

So now I take back everything bad I ever said about freeways and modern vehicular transportation systems.

My new theory is that there is probably no curve on earth more perfect than that one.

Except for one— the curve of my wife’s hip, which I noticed while we were dating many and many a year ago, when I  first visited her family in Charlotte.

Now that’s what ahm talkin’ about! The Perfect Curve. 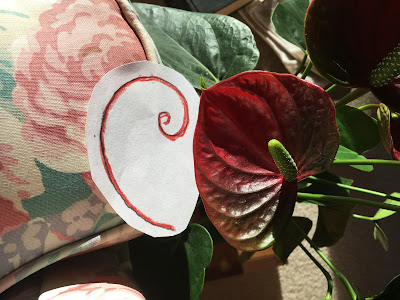 King of Soul
Posted by careyrowland at 6:08 AM