Way, way back in time, before all this stuff was here, even back before the Big Bang, something very amazing happened.
  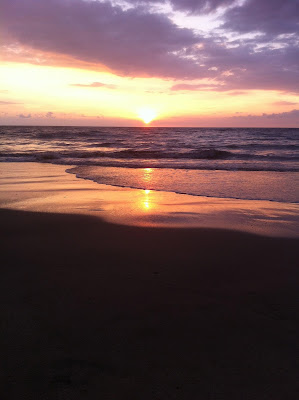 I was wondering about our universal origin, so I took a chance on a Wikipedia entry about it. This is what I found:


“ The (Big Bang) model describes how the universe expanded from a very high-density and high-temperature state.”

Scientists and dreamers like me have, for many and many a year, puzzled about what that “very high-density and high-temperature state” might have been.
I was pondering this development. My irrational dreamer self was wrestling with Reason as I attempted to figure out what that very high-density pre-Bang substance might have been. Being the 20th-century educated baby boomer that I am, my mind stumbled into an idea that I must have discovered in a science classroom somewhere along the line. Therefore, E=mc² banged into my big (bigger than a chimpanzee’s) brain.
Energy = mass x the speed of light squared.
Which means something like: When a very small chunk of (mass) material stuff gets its atomic parts whirling around at a certain extremely high speed, and when that speed is zipping along at a rate of that same velocity multiplied by itself (faster than I can imagine), the whole baleewick crosses some kind of transformational threshold and suddenly that mass of nuclear stuff gets changed Presto Chango! into something fundamentally different— Energy!
Waves and waves of energy . . .
Energy. . . hmm. . . whataboudit . . . Now I do know that there are many different forms of energy. There’s kinetic energy, like a bat hitting a ball, which then suddenly propels that ball to an absolutely reverse direction from the direction in which the pitcher had pitched it. Pretty amazing thing for a batter to do, when you think about it.
Amazing. Lots of amazing in this universe. Moving right along. . . don't blink or you'll miss something.
And then there’s potential energy, like Mr, Newton’s apple, which was, naturally, connected to an apple tree until, all of a sudden, something gave way and the apple dropped to the ground, which provoked Mr. Newton to ask:
Say what?
Which translates from 17th-century English to: what the heck is going on here? Or, if you’re an out-of-the-box kind of thinker . . . what the hell is going on here?
Potential energy instantaneously being converted to kinetic energy! That's what.
Perhaps it’s a little microcosm of the Big Bang, but on an exponentially smaller scale. The apple does make, you know, a kind of thud when it hits the ground, and then it transforms into a treat for an itinerant traveler to partake thereof.
Meanwhile, back at the tranche,  back to the the case of the macrocosm, the, as it were,  Big Bang, which was hypothesized as high-density matter being converted suddenly into kinetic energy, and subsequently expanding outward . . . (as John Lennon sang back in the day) across the universe . . .
and then, along the way, settling into a reverse of the mass-to-energy scenario, back into the energy-to-mass state of being, which brought forth . . . mass, stuff . . .
a Universe, duh . . .
I can only wonder, well, it is what it is, or . . . or it is what it has a become, as a result of all that instantaneous transformation, which has been transforming itself over 14.5 billion years to ravel as what we call “the Cosmos," and everything therein.
14.5 billion years of unfolding Universe.
Wow!
Francis Collins’, in his book The Language of God, described the beginning of the phenom, this way:


“For the first million years after the Big Bang, the universe expanded, the temperature dropped, and nuclei and atoms began to form. Matter began to coalesce into galaxies under the force of gravity. It acquired rotational motion as it did so, ultimately resulting in the spiral shape of galaxies such as our own. Within those galaxies local collections of hydrogen and helium were drawn together, and their density and temperature rose. Ultimately nuclear fusion commenced.”

All of this posited data reverberates in my 21st-century brain, settling into my born-again spirit, and restates itself as an expanded statement of Moses’ ancient, pre-science explanation:


“Then God said, ‘Let there be light,’ and there was light; God saw that the light was good; and God separated the light from the darkness.”

Makes sense to me. You?

Posted by careyrowland at 4:04 PM