Is that over the Top?


So did you hear the one about the Over the Top President? 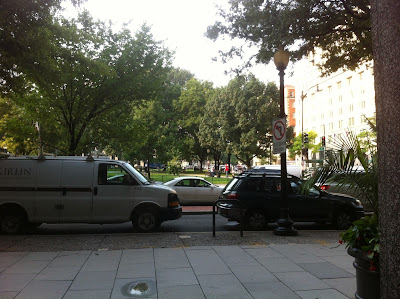 and he says to the barista, "Why do they call the the Donald the 'over the top' Prez?"

So the barista says, Ya got me. Why do they call him that?

Cuz he's over the top of everything! Haha! You get it?

All the so-called chaos that's going on--he's right on top of it! You get it?

Yeah, not to worry, he's got it under control! It's just gonna take a while for media people to come around to his take-charge leadership style-- he's actually got it all under his thumb. My cousin Molly says he's just got a higher tolerance for chaos than most people do, and he feels that it's, on some level, productive.

Yeah! oh yeah. And my other cousin, Gregor, says the Prez may be living in his own world, but millions are right there with him, living right beside him.

Maybe so, Greg, but . . . he seems a little paranoid, like he takes everything personal, even belligerent at times. . . you think he's stable?

Oh yeah. As a matter of fact, I think he owns a bunch of 'em. I think he's got some high-quality stables somewhere out there in the hinterlands. . . 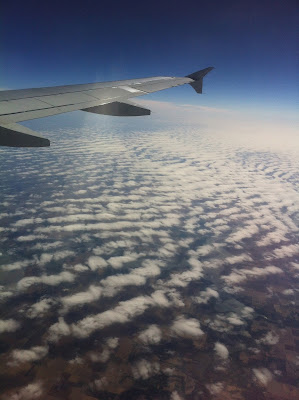 I guess so, as long as all the so-called judges and the so-called reporters and all the other so-called Americans can get used to the way he does things.

Oh yeah. The Prez has got it covered. You can take that to the bank. I mean . . . look around, the stock market agrees, it's all good, not to worry.

Oh yeah? Sounds like a bunch of bull to me.

No way. Relax. The Prez has got it covered.

Really? Got it covered?

Oh yeah, not to worry. Eventually he'll get all the leaks stopped; he'll get 'em covered, and his people will be running our .gov along like a fine-tuned machine.

I thought machine politics went out with the Democrats.

. . . and the machine will be fine-tuned, like a fine-tuned machine is what he said. Why can't the Dhemmis and the Media get that through their heads? They need to get with the program.

Excuse me, I just think we are in a struggle for the soul of our democracy here. At least, that's what my cousin Elijah said.

No way, Hosay! Oh, here's my Uncle Tom here. What do you think, Tom? Is that over top?

I don't know. Let's ask Steve. Steve, is that over the top?

Oh, no. It's not over the top at all . . . when you consider his behavior at the press conference, and . . . all the things that are not working, the things that are signs that the administration has not even found its footing yet in Washington. People should be very very concerned about what's coming next and whether the administration will ever be able to actually govern, which we haven't seen it do yet. I don't think there's anything that's over the top in terms of what the response would be to this kind of signaling from the chief executive of the United States . . .it's all really mind-boggling. . . none of us I think has ever seen anything like this . . .

Hey, hey, hey, Steve, relax, man! Take a chill pill. Like candy, man. The candy man can. This ain't no ratpack; this ain't no disco, ain't no jive He's right on top of it. Not to worry, man. You need to lighten up, man. What you need is a little humor to leaven this heavy-duty trip that the so-called Press is trying to put on you. Let me help you, man. Did you hear the one about the Over the Top Prez?

Guy walks into a starbucks and he says to the barista . . .