The Rights of Humankind 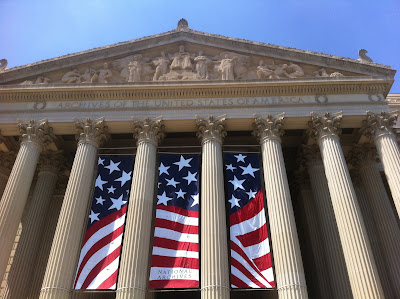 Twelve score and one year ago Thomas Jefferson submitted an innovative set of political principles to a congress of delegates from thirteen American colonies. The gathered assembly, known as Continental Congress, debated the contents and the merits of Jefferson's proposal. The document began with these words:

We hold these truths to be self-evident, that all men are created equal, that they are endowed by their Creator with certain unalienable Rights, that among these are Life, Liberty and the pursuit of Happiness--that to secure these rights, Governments are instituted among Men, deriving their just powers from the consent of the governed. . .

~ Our fledgling national legislature, known at that time as the "Continental" Congress, is now called the Congress of the United States.

~ We Americans now associate the world "Continental" with Europe.

~ On the "Continent" of Europe, citizen-groups are now struggling to form a workable political basis for a European Union.

~~ Whereas, In the year 1776, when our American Continental Congress adopted a plan for a United States of America, we had a nominal consensus for the basis of our Union; and That consensus was based, rhetorically, upon "certain unalienable Rights, . . . Life, Liberty and the pursuit of Happiness; which Rights that had been "endowed" by a "Creator,"

~~ In the year 2000, the European Parliament adopted a Charter of Fundamental Rights of European Union, by which the peoples of Europe are resolved to share a peaceful future based on common values. . . indivisible, universal values of human dignity, freedom, equality and solidarity. . . based on the principles of democracy and the rule of law.

We see, therefore, that the American Union was initiated during an historical period in which faith in a Creator God was still, at least rhetorically, allowed to be a basis for political consensus.

The European Union, however, is coalescing in a post-modern, humanistic age in which their unity can only be expressed in terms of human agreements and motivations, stated above as common values.

As we Americans ultimately divided ourselves into two primary political identities, Democrats and Republicans, with one side being generally associated with progressivism programs while the other is based in conservatism,

We notice that in Europe, in what is now a churning crucible of 21st-century economic constraints, the divisions seem to be congealing toward two uniquely Euro polarities. On the Right side, we find the Austerians, whose values are based on fiscal responsibility and the austerity that is thought to be necessary for maintaining economic and political stability. On the Left side, we find the Socialists, whose values are based on equality that is assured and managed by the State, which should produce solidarity among the people.

As Thomas Jefferson had proposed a declaration based ostensibly on the zeitgeist of the so-called Age of Enlightenment, so has a spokesman stepped forth, in our age, to propose for the Europeans a document that aspires to manifest the zeitgeist of this (perhaps) Age of Equality.

Toward that end, Mr. Yanis Varoufakis, former Finance Minister of the Greek Syriza party, has proposed a five-point plan by which the Europeans would collectively assure the rights of persons as they are understood in this, the 21st-century.

Stated simplistically, those rights are:

~ a collective investment in green/sustainable technology

~ an employment guarantee for every citizen


So we see, now, that in the 200+ years since the inception of American Democratic-Republicanism, the zeitgeist that was then seen as inevitable has changed. In the so-called Age of Enlightenment (c.1776) we were demanding a Government that would Protect our Unalienable Rights, defined broadly as Life, Liberty and the Pursuit of happiness.

The modern zeitgeist, however, as it appears to be evolving in the Europe of Our Age, is demanding: a Government to Protect our Basic Life Necessities. 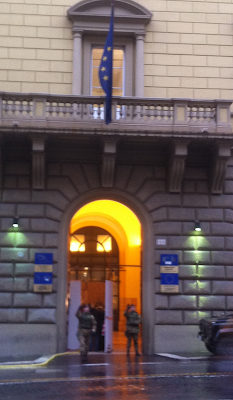 And that's the way it is, 2017. We shall see how this develops as the 21st-century unfolds.

Smoke
Posted by careyrowland at 10:52 AM