From chapter 8 of Glass half-Full, we find Hilda, a restaurant-owner, telling some friends about an experience she had in Germany.

"Hitler and his thugs tried to take advantage of the situation; they launched a coup d'etat, called a putsch in German. But it failed, and they ended up getting arrested. The event has been named the beer hall putsch of 1923. Well, I was reading about these police officers who were killed by the Nazis that night. And I was reading in my guide book some information about the incident. I kept hearing this beautiful music, really spirited music. We walked in the direction of the music. We turned a corner...and there they were, five musicians playing five instruments: clarinet, violin, accordion, cello, a drummer. I could tell they were Jewish right away. I considered their courage: to stand there at the Odeonsplatz where the Nazis had made their first move to try and take over the world, and declare, with their music, that Jewish people, along with their music, were alive and well in the 21st century. They inspired me. We must have listened to them for an hour...the Bridge Ensemble."

This excerpt from my 2007 novel describes an event in the life of a fictional character named Hilda. While writing the book, I chose the occurrence to make a point about what happens in the history of our human race when hate-based groups take up arms against other people.

However, the event described here, although presented as a fictional event in a story, is in reality something that actually happened.

It happened to me. I was "Hilda." My son and I were in Munich in 2002 when the music reached my ears while I was reading a plaque about the four German policemen who had been killed during the first Nazi uprising in 1923.

It was a meaningful event in my life, so I made the experience part of a long story story that I later published in 2007. Glass half-Full is a novel about some characters in the Washington DC area; they're pretty good people, but some bad things happen to them.

We of mankind have had two of them. We hope that we never have another. Don't we?

In both world wars, our nation, the United States of America, intervened on behalf of our Allies. In both wars, our presence and strength in the fray made a big difference, and we were victorious in both holocausts.

Holocausts is a word I use in the context of that last sentence, meaning  life sacrifices, by fire: lives being snuffed out by fire, or by other destructive means. In our post-World War II experience, the Holocaust generally refers to the mass-murder of six million Jewish Europeans under the murderous regime of the Nazis, led by the demonic Nazi dictator, Adolf Hitler.

Never again should there be a holocaust of such immensity. Our nation and our armed forces were a large part of extinguishing the fire of persecution that snuffed out the lives of millions of defenseless, innocent persons before and during the Second World War. 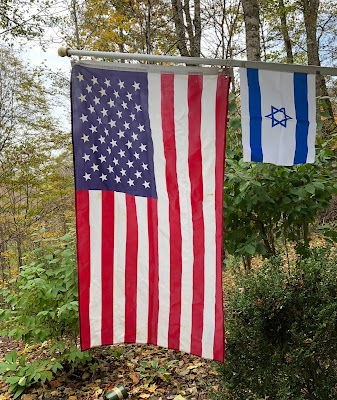 Now, when people refer to the proposition of making America "great again," this is--or should be--the meaning of the phrase, Make America Great Again.

That we have been, in times past, the defender of innocent people who are being slaughtered on a massive scale by hate-filled groups,--this is what made America great during World War II. And this is what, generally, does make America great in any present or future time.

Great, yes, because we have--on a massive scale-- the resources and the collective will to serve as defenders of defenseless or innocent people anywhere in the world.

Not because we appoint ourselves aggressors to impose our so-called American way of life on any other nation or people-group in this world. This is where we crossed the line, in my opinion, in Vietnam. What began as a war to defend the free people of South Vietnam against aggressive Viet Minh insurgents, degenerated instead, to become a war of aggression in which we raised a lot more hell and bloodletting than we could legitimately justify; in a quasi-primitive nation that had not yet progressed to a phase of development in which they could truly understand the difference between these two words: communism and capitalism.

And may that never happen again.

A year or two ago, I also wrote a sociological novel pertaining to our Vietnam ordeal, King of Soul.

Let us Americans never be the aggressors. We are defenders. What makes our nation great, if anything, is simply the massive scale of defense we are able to muster on behalf of free and innocent people, whether it's in Europe, Rwanda, the Middle East, or anywhere, including at home. May our great strength never corrupt us.

We are defenders not only in the military applications. We are-and should always be--defenders of the defenseless in matters of law. We are, according to our original founding codes, advocates for justice in all of our institutions: courts of law, legislative bodies, government agencies, immigration agencies, overseas aid, and administrative law from welfare to wall street. That is what makes America great.

May we never stray from the preservation and extension of truth, justice, and yes, the American way.

And may we always be defenders of same.