Boston is from Athens; New York is from Rome


Having just returned from a week in Athens and a week in Rome, I have to say this: There's a lot of old stuff there.
It is obvious to me that, as Americans, we live in a New World. Our infrastructure and buildings are decades, or a mere century or two, old.
Europeans live in an Old World. Buildings and roads there are centuries, even thousands of years, old.
And yet, within that Old World, there is a noticeable "old" and "new" between Athens and Rome. There was a time--around 100 bc--when Rome was the new kid on the block. Greece's culture and structure, stretching back into antiquity three or four centuries before Rome's, was nascent and contemplative. 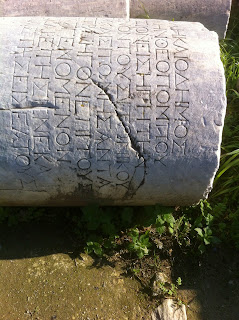 In a mysterious kind of way, the dawn of Western civilization in Greek culture was delicate,


as compared to Rome's bigger-is-better bluster and in-your-face bravado. 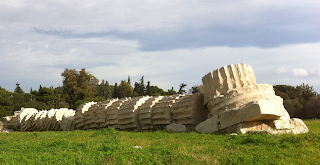 Think of it this way: Boston is from Athens; New York is from Rome.
Or think of it another way: Ancient Greece is like old Virginia; ancient Rome is like Chicago, Houston, L.A.
Or yet another way: The Greeks were Adams, Franklin, Jefferson; The Romans were Carnegie, Rockefeller and J.P. Morgan.

The Roman Empire eventually degenerated into a dictatorship, but the Republic upon which Rome was established had its philosophical roots in the earlier Greek democracy.

When the Romans came along in history, a few centuries after the Greek golden age (450-400 bc), they did everything bigger and better. Emperor Hadrian of Rome (117-138 ad) strode into Athens and fell in love with the place. But for him it was a diamond in the rough, not glitzy enough, and it needed to be bigger, on the scale of Empire, instead of City-state. He rebuilt the ancient Greek temples more impressively, in expanded proportions. His take-charge hegemony extended the city of Athins in a big way, by means of Roman high-tech engineering. Massive Roman engineering projects ensured that citizens could get around on new, sturdily-built highways. Hadrian's update was like as if, bringing L.A. and Houston to colonial Boston.

Check this out, the ancient Greek theatre of Dionysius, which was begun in Athens about 500 bc on the south slope of Acropolis: 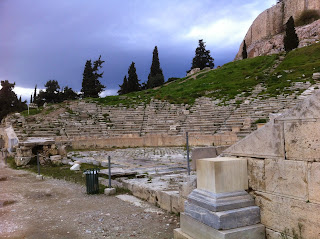 Jimmi, our guide in Athens, mentioned the tragicomedy plays (Sophocles, Aeschylus, Euripides) and other events that were performed in this first major theater, during Greece's golden age of 450-400 bc. These dramatic and sport events came long before the Romans got there. The Greeks did get a little wild with their pagan Dionysian celebrations.

One person in our walking-tour asked Jimmi if gladiators had fought at the Theatre of Dionysius. Jimmi said there had been sporting events performed there that involved fighting, but not spectacles of death. The fight-to-the-death scenario was a Roman thing, he said. That's Jimmi the Athenian guide's version anyway.

The death-dealing gladiatorial contest is thought to have come later, in the Colosseo at Rome.

In the Rome-dominated city of Athens of 161 a.d., Herodus Atticus (Greek developer with a Roman name) re-defined the whole architectural concept of theatre on a grand scale, with three times the capacity of the old one. His new showpiece, just a few hundred meters away from the old theater, was erected according to the new, grandiose template of Rome's emerging status as a world power: 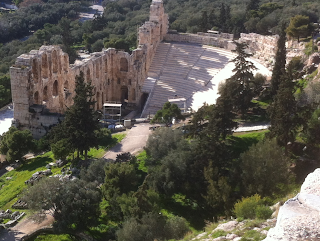 After walking around in those two cities for half a month, I came away thinking of the difference between them like this:
~Greek wrestlers, Roman gladiators.
~A sportly Burt Lancaster, overpowered by Stalone's Rocky.
When we traveled away from Athens, our next stop was Rome. A day or two after arriving in that megalopolis, we went to the Colosseum. While standing inside that mega-stadium, Pat and I were listening to the iPhone audio,

Rick Steves was filling our ears with history about the gladiatorial contests inside that structure. Thousands of Roman citizens watched in the stands as one fierce fighter would overcome another. The fans would pass judgement with thumbs-up or thumbs down. It was a bloody death spectacle that appeased some blood sport inside the Roman power structure. 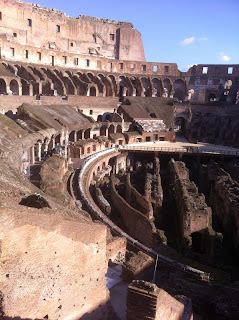 Posted by careyrowland at 10:13 AM